Caseous lymphadenitis, or lymph node abscessation, is most commonly caused by Streptococcus equi subspecies zooepidemicus, but can be caused by other Streptococcus species of bacteria. It manifests as encapsulated abscesses within the cervical or submandibular lymph nodes in guinea pigs. Guinea pigs often show no other signs of disease, but in cases where the bacteria spreads systemically, other pathologies can arise. These can include, but are not limited to pleuropneumonia, ear infections, septicemia, or sudden death.

Streptococcus zooepidemicus can be found in the oral/nasal cavity of guinea pigs without causing clinical disease.  It is thought that abrasions to the oral mucosa (due to rough feed, dental disease, or bites from other guinea pigs) increase the risk of migration of the bacteria to the regional lymph nodes.  However, guinea pigs have been experimentally induced with caseous lymphadenitis via inoculation of the conjunctiva of the eye or the nares without mechanical damage to either involved. Another cause of swollen lymph nodes is cancer but that is typically in older guinea pigs.

Diagnosis is made by aspiration of affected lymph nodes and culture of the bacteria.

Treatment consists of surgically opening and flushing affected lymph nodes.  In severe cases, removal of the lymph node may be warranted.
Commonly used antibiotics include Trimethoprim-sulfa, chloramphenicol, and Azithromycin. Meloxicam can be given for post-surgical discomfort. Provide supportive care and assist feedings if there is any difficulty eating/prehending food.

Prognosis is very good if localized entirely to cervical/submandibular lymph nodes and treated early. It is technically a zoonotic disease (spread from animals to humans), but rarely does it spread from guinea pigs to humans. 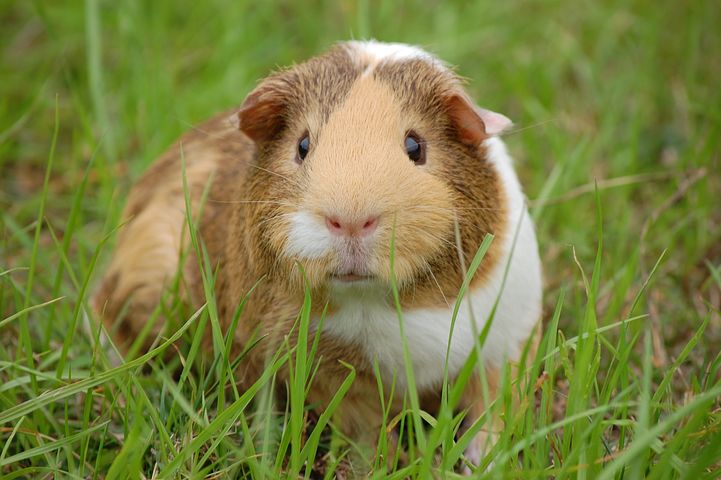