Dr. Jay Johnson is the founder of Arizona Exotic Animal Hospital, the Valley’s first animal hospital devoted exclusively to the care of exotic pets. As a boy growing up on the outskirts of Tucson, he was fascinated with exotic pets, especially reptiles. He kept a variety of these unique pets throughout his childhood including snakes, lizards, turtles, tortoises, tarantulas, rabbits, a cockatoo, pigmy goats, as well as more traditional pets like dogs and horses. He has been working in the veterinary medical field since 1988. Read more >> 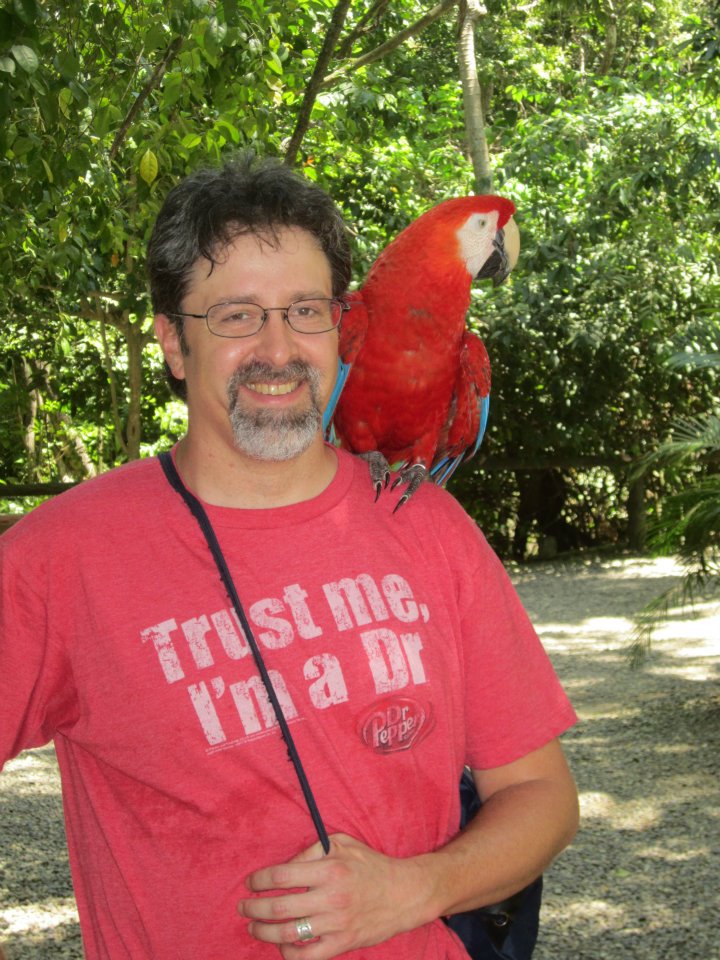 Dr. Mike Corcoran grew up in Houston, Texas.  Growing up, he always had a wide variety of pets at home including; dogs and cats, reptiles, birds, hamsters, fish and a ferret.  Having them around enriched his childhood and taught him many valuable lessons in life.  In junior high school he started volunteering for the Houston Zoo helping care for reptiles and small mammals.  After high school, Dr. Corcoran joined the Air Force and trained as a medic. He enjoyed the medical field and wanted to learn more about physiology and diseases. All of these experiences started him on the path of becoming a veterinarian. Read more >> 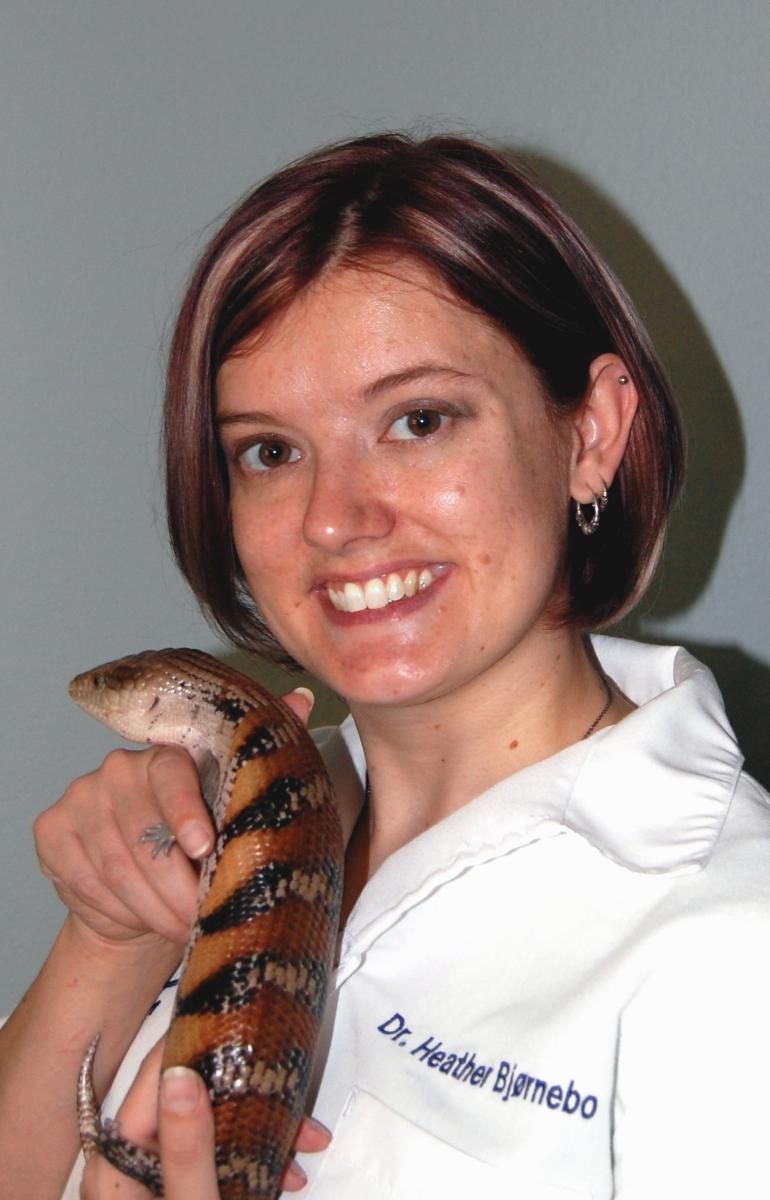 Dr, Bjornebo was born and raised in Sioux Falls, South Dakota. As a child, her love for animals was obvious and it was at a young age she made up her mind to one day become a veterinarian. It seemed she was always findings animals and bringing them home, from painted turtles or toads to one time a litter of mice, which at the time she mistook for baby rabbits. She earned her bachelor’s degree in Biology at South Dakota State University before attending veterinary school at Iowa State University. After graduation in 2007, having had her share of the sub-zero winters up north, she made her escape to the heat and sunshine of Arizona, where she has been practicing small animal and exotic pet medicine ever since. Read more>> Dr. Lamb has always desired to provide good health, happiness and care to all exotic pets. She grew up in Las Vegas, NV. After graduating from UNLV with a B.S. in Biology, she attended veterinary school at the University of Minnesota. After finishing veterinary school she performed a one year internship in avian and exotic medicine followed by a two year residency in avian medicine and surgery. Upon completion of her residency, Dr. Lamb moved to southern California and practiced at an exotics exclusive animal hospital. During this time she gained extensive knowledge and became skilled in treating exotic mammals, birds, reptiles, amphibians, and wildlife. During her career she has also worked with many humane societies, parrot and rabbit rescue groups, wildlife centers and raptor rehabilitation facilities. She is always striving to learn more and is focused on contributing to the advancement of knowledge of avian and exotic animal medicine by providing the highest quality veterinary care possible. Her and her husband share their home with a dog, gecko, rabbit, and 7 birds.